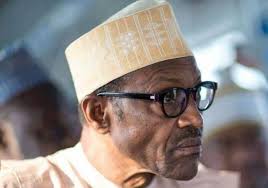 Jefferson had since been convicted in 2009 over the bribery charges in which Aisha Buhari was men­tioned.
President Buhari’s Spokesman, Garba Shehu, in a statement yesterday
described the allegation as laughable and a desper­ate attempt by Ekiti
State Governor to mislead Ni­gerians.
Shehu said, “A Presi­dential response to the ac­cusation would have
been ignored because Fayose is a man childishly obsessed with the desire
to grab the headlines and insulting people at will because of his
incurably boorish in­stincts.
“However, the Presi­dency choose to respond on this occasion for the
sake of innocent Nigeri­ans who might be misled by Fayose’s shameless
and blatant distortion of facts”, Shehu explained.
According to him, ig­noring Fayose carries the risk of giving traction
and credibility to outright and brazen falsehoods incon­sistent with the
status of anybody that calls himself a governor or leader.”
He stressed that con­trary to the governor’s claims, the President’s
wife had no direct, indirect or the remotest connection with William
Jefferson’s corruption scandal in the United States.
The president’s spokes­man challenged Fayose to tell Nigerians if the
so-called Aisha whose pic­tures he shared, was the same Aisha that is
mar­ried to President Buhari, or if the Aisha of his idle imagination
has any rela­tionship by blood or any relationship in whatever form with
Buhari’s wife.